The Ocala Model Railroaders Historic Preservation Society would like to announce this years' ​giveaway layout was won by a man named Jerry. When we contacted him, he told us he would like to donate the layout and the two trains to the "Childhood Development Services" Head Start Program. On Monday, January 11, 2016 members of our Society delivered and set-up the layout at the Ocala campus on NE 25th Ave. We would like to thank "Jerry" for this donation and all who participated in this years' drawing. We are looking forward to doing it again this year at the 21st annual "Trains at the Holidays" in 2016. 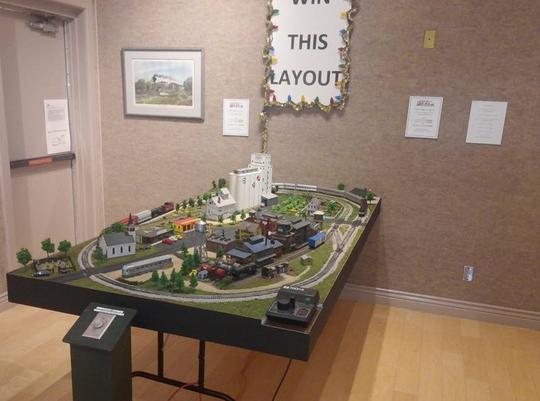 The Webber Gallery at CF in Ocala, Florida once again invited the Ocala Model Railroaders to display their HO Scale Module, N Scale Module, Six Gun Territory Module and various memorabilia for the general public during the holiday season. The images following are scenes from our 20th Annual Trains At The Holidays event.